What's the Difference Between a Tradwife & Domestic Service Submissive?

On the surface, tradwives and domestic subs appear similar. They both center around submission within a power-exchange dynamic. But look a little deeper and you’ll find some fundamental differences.

Short for “traditional wife,” a tradwife is a woman who adheres to ultra-traditional gender roles in monogamous marriage. This typically includes things like domestic tasks, prioritizing her husband’s career, and submitting to male leadership. Tradwives typically view their submissive role as a natural part of their gender and identity. Many take that further believing that submission should be a part of every ciswoman’s identity.

Beyond describing a lifestyle choice based on 1950s-era family values, the term tradwife has been embraced by a growing movement & subculture within far-right extremist communities.

These are individuals who, regardless of gender or relationship style, enjoy submitting to their power-exchange partners in a domestic context. This flavor of service submissive may find fulfillment in household tasks like cooking and cleaning and derive pleasure from serving, pleasing, and supporting their dominant partner.

Not all domestic subs play by one universal rulebook. Their dynamics range from casual to serious, are consensually negotiated between partners, and are customized to serve everyone’s needs. Additionally, some may view their submissive role as more of a fetish or kink while others embrace it as a part of their core identity.

What’s the difference between a tradwife & 24/7 domestic service sub?

One of the biggest differences between Tradwifery and domestic-oriented D/s dynamics in kink is the level of consent involved and how it’s prioritized. Tradwives often enter into submissive relationships without fully understanding the power dynamics at play, and may not have the same level of agency as their kinky counterparts. Adherence to certain rules and expectations may also be required with no regard for their personal boundaries and needs. 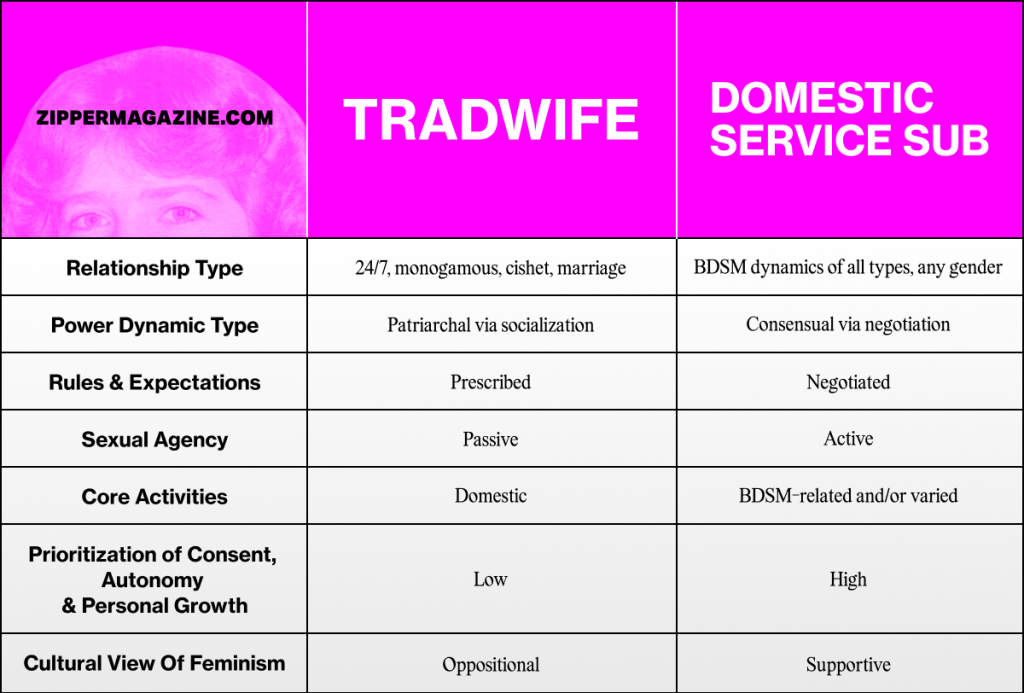 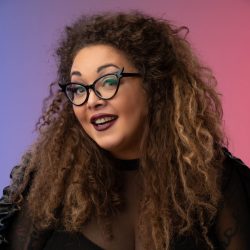 We’ve teamed up with The Stockroom for an electrifying Valentine’s Day kink gear giveaway: a Kinklab Neon Wand® Electrosex Kit & Power Tripper Attachment! This versatile set has something for everyone from sensual to extreme. Enter daily for more chances to win.