We're ALL Obscene in Their Eyes:

Ah, June. ‘Tis the season for corporations to wave their rainbow flags before ignoring us for the rest of the year, the cops to act surprised that LGBTQ+ people don’t typically consider them safe or allies, and, my favorite, for social media to be awash with the debate around leather and kinky folks at Pride. It’s so predictable I can set my rainbow Rolex to it (or I could if I could afford such a thing – as a queer, bisexual woman, I have a 29% likelihood of being in poverty alongside my trans sisters – Happy Pride!).

I marched in my first urban Pride parade in 2003, before I moved from Boston to San Francisco. Growing up in Massachusetts, I was quite lucky – we’ve had a Youth Pride event since 1995, which happened in May and offered resources and community to LGBTQ+ youth. I had even skipped my school’s prom to go to the Boston Alliance of Gay, Lesbian, Bisexual, and Transgender Youth’s Prom event, which had been running since 1981 (the nation’s oldest queer youth prom event). Boston Pride, therefore, was far from my only Pride event, but it was the first one I was marching in as an adult. It was also the first one where I felt free to not only be a queer person, but a kinky one – I marched with the leather and kink contingents, feeling fully seen for the first time. When I moved to San Francisco, I marched with the leather and kink contingents again, finding family and community and a sense of home.

Therefore, when I began to notice the debate raging about whether or not kink/leather belonged at Pride, I was absolutely bewildered. First, there was a conflation of leather and kink which felt oversimplified – the leather and kink communities overlap, certainly, but from my research, they historically haven’t been the same thing. My understanding is that whereas the leather community is a subset of the gay community with a rich tradition and protocol (the Old Guard), the kink community resulted from folks in the leather community meeting and melding with the fetish community to create something with its own interpretation and dynamics.

Secondly, when this discussion came up, the reasons why sounded awfully similar to arguments I had heard in the 90s about queer self-expression generally. Why couldn’t we keep it to the bedroom, Christian talk radio complained, why did we need to parade in the streets? Why couldn’t gay men act more masculine, and lesbians act more feminine, why did they have to rub it in our faces by fucking with gender and not playing by the rules?

Except now, I was hearing people younger than me, who were presumably in the LGBTQ+ community, saying they just didn’t think it was appropriate for people to “whip or fist each other in public”, that having kink or leather at pride was inappropriate for children, or triggering to asexuals. That people wearing collars were violating onlookers’ consent by existing.

Why couldn’t we just be more “appropriate”? 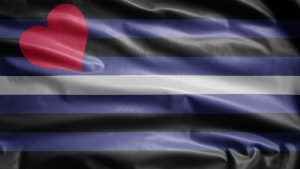 Now, first of all, maybe I’ve missed it, but even at San Francisco Pride, I have yet to witness explicit sex on a Pride float. I’ve seen spanking, certainly, but I’ve also seen dancers on corporate floats dry humping; I don’t see how one is inherently more obscene than the other. Plenty of my friends with children bring their kids to Pride and use it as a teaching moment about the beautiful, wild variety in human love and expression, and the kids are just fine. And while I can’t and wouldn’t speak for all asexuals… I am both ace and kinky, so I’d like others not to speak for me, either.

What bothers me, besides the trickling of deeply conservative values into my queer community, is the total lack of awareness of the hard-won history of LGBTQ+ rights that runs alongside this debate. Leather and kink have always been at Pride. It’s not a new phenomenon. One of the people who helped plan the first Pride parade in 1970, Brenda Howard, loudly and proudly identified as a bi-poly switch, and she’s called the Mother of Pride. 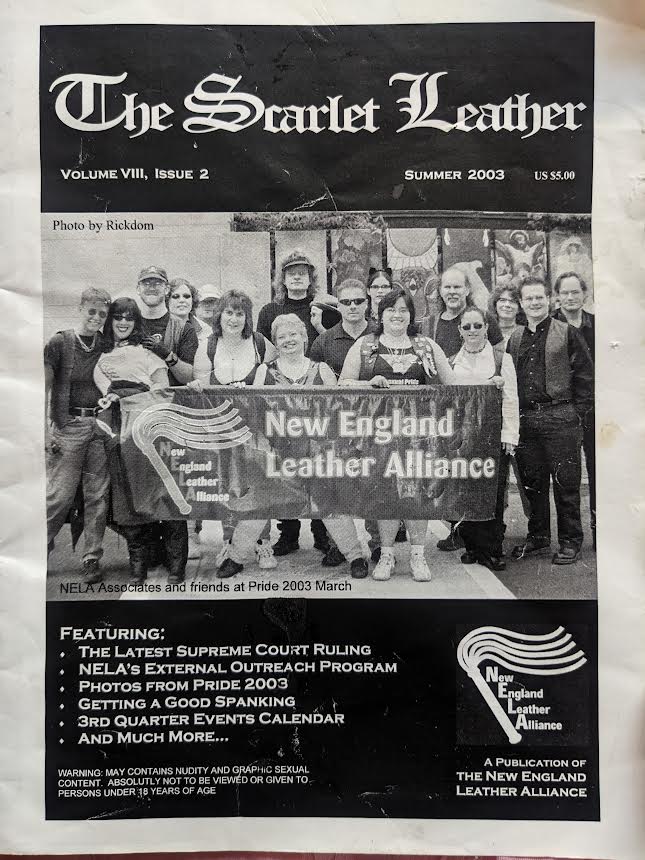 “I marched in my first pride in 1976,” said Robert Lawrence of the Center for Sex and Culture when I asked for his thoughts. “I was stationed on the Presidio in the Combat Engineers next to GG Bridge. Some of us were there, but not in uniform – just that year a dyke had been outed and hung herself in her uniform. Being out or outed in the military was dangerous.” Was there a leather contingent back then? “The rigid organization of what is ‘leather’ was not locked in, so there were many people involved wearing a wonderful range of style and colors,” Robert responded. “We would stop and wait for other friends to come along to walk with. Yes, there was the black leather hyper-masculine look right along with brown suede and skimpy jockstraps; collars were there but not yet consolidated into affinity groups as it is today.”

And then, AIDS ripped through the queer community.

What’s crushing to me about the debate on whether or not leather or kink belongs at Pride is that leather folks did so much during the era of AIDS. “Leatherfolk started several of the major charities that did the bulk of the hard ‘boots on the ground’ type of work raising funds for AIDS funding and research,” Queen Cougar told me. “Leatherfolk raised millions of dollars…millions at a time when the world had still not begun to see AIDS as more than just a gay problem.”

“One of the things that the leather community started doing on a regular basis was fundraising,” agreed B.C. “We were always coming up with creative ways to help AIDS organizations… anything from beer busts at the local leather bars, auctions, and fantasy shows.” In honor of World AIDS Day in 2015, the HIV Story Project and the AIDS Memorial Grove came together to honor the leather community in San Francisco for their work, producing a short video project called, fittingly, “Unsung Heroes: The Leather Community of San Francisco’s Response to AIDS”. It’s a heartwrenching piece of our history, and one I rarely hear about from queer folk younger than me. It’s not terribly surprising – I don’t know that they’re even aware of that history. If they were, how could they possibly say that leather and kink doesn’t belong at Pride? 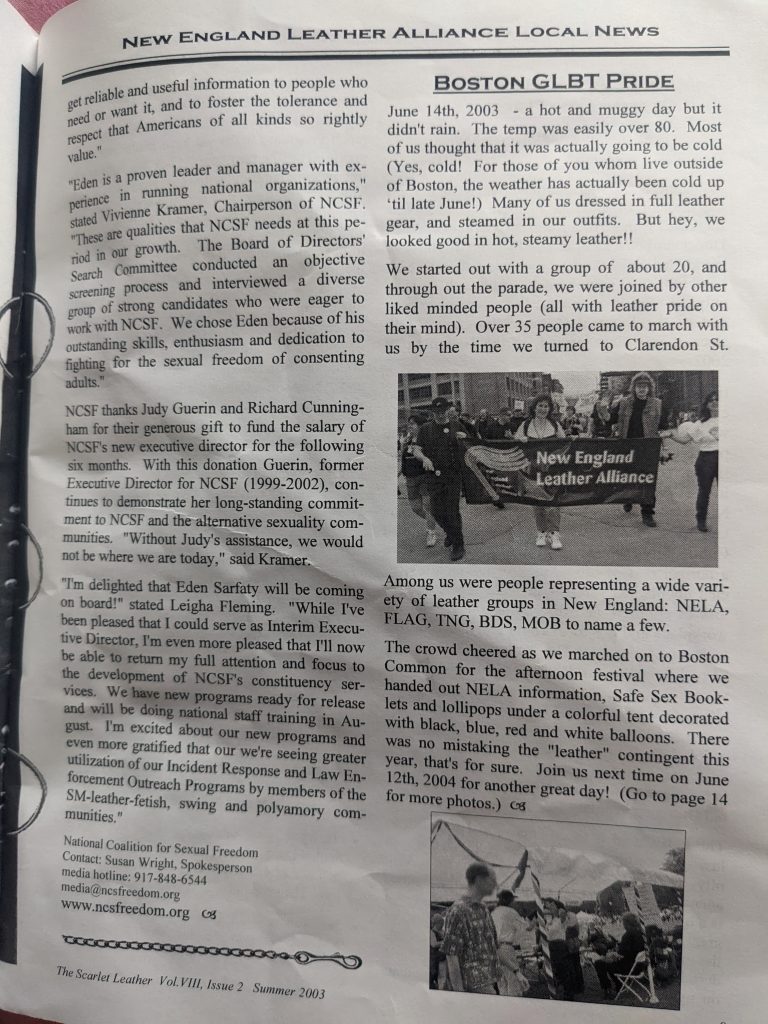 It made me realize that one of the saddest legacies I’m aware of is the lack of intergenerational idea exchange in the LGBTQ+ community. I feel like AIDS really impacted the queer community’s awareness of our own development there – the generation older than me was devastated by AIDS, and our elders are few because of it. I consider myself damn lucky to have friends who are 20-40 years older than me, who can offer me context and unwritten history.

One thing all three people I interviewed agreed on was that from the beginning, Pride was political. “Darling Drag Queens and drag groups of various San Francisco neighborhoods wandered along; all of us together arrived at City Hall to let them know we existed. So yes, ‘leather’ was there but politics were more important,” said Robert. “I was marching in my first parade and for a political purpose and it was very exciting,” said Queen Cougar of her first march. “I felt like I belonged and the overwhelming sense of love that I felt from my friends and strangers in the parade and crowd was very nurturing to my soul.” B.C. concurred, saying, “there was a push in the ’80s for LGBT folks to try to ‘fit in’, to conform to a pre-set standard. I call it the ‘Look! We’re just like YOU!’ attitude. I was of the opinion that the whole point to the parade was to let the general population know that we WEREN’T just like everyone else, and THAT should be the main reason for the celebration in the first place!“

Now, what it means in practice to have leather and kink at Pride is another whole discussion. The fact is, not every LGBTQ+ person and not every leather or kink person agrees with what should and shouldn’t be at Pride, and we’ve never had a unanimous consensus. “Once you are in a “playroom” I feel you can do almost anything the circumstances allow,” said Queen Cougar. “On the street, however – we should retain our dignity and self-respect by presenting ourselves as mature individuals with particular interests which we have the right to pursue in the privacy of our designated spaces.” B.C. had a different response; “it’s 2022…anyone who still thinks that leather is ‘too obscene’ to be in the parade needs to get over themselves. Technically, the proverbial ‘religious right’ lumps any and all queer folk together; we’re ALL obscene in their eyes.”

There are, in my mind, a few ways forward for this discussion, action points if you will. I think rather than trying to make main Pride events more conservative for the sake of “the children”, we should invest more money and energy as a community towards youth Pride events. I know the ones I went to were really formative for me, and offering LGBTQ+ youth and their families a space centered around them is valuable. It’d also be great for Pride events to have a hang-out decompression zone for people who feel overstimulated, whether it’s because they’re triggered by something they saw or they’re just dealing with heatstroke. Having a quiet, shaded chill zone is a great idea for any big event.

As for the leather and kink contingents – as long as they’re in line with the Pride committee’s decisions, and are street legal, I agree with something B.C. said that I think sums it up perfectly; “Let’s celebrate our differences without having to chastise folks for their consensual behavior!”

"Leather and kink have always been at Pride.

It’s not a new phenomenon" 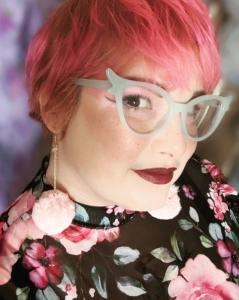 Kitty Stryker has been working on defining and cultivating consent culture for over 10 years through her writing, workshops, and website. She’s the editor of “Ask: Building Consent Culture“, and is especially interested in bringing conversations about consent out of the bedroom into everyday life. Kitty is currently working on a second book through Thorntree Press, “Ask Yourself: The Consent Culture Workbook”. She also works as a street medic for direct actions, plays Dungeons and Dragons, and cares for her two cats. Kitty identifies as a sex worker, queer, asexual, sober, anarchist and femme.