A Battleground Between Kink and Censorship

I turned 18 the year Friendster was released into the world. It was the early aughts, and this was one of the first social media sites to gain widespread popularity. I had come of age in AOL chatrooms, writing about my experiences and finding community on LiveJournal and (don’t laugh) DarkPoetry. Through the connections I made in these cybernetworks, I ended up having the confidence to move from one coast to the other, landing in San Francisco ready to reinvent myself for the first time as an adult.

Here in the Bay Area, I didn’t find that kind of community on Friendster or Myspace, but I did find it on a website that was similarly localized but not kink specific, a site called Tribe. Within the site, I managed to find local groups centered around popular BDSM events, various kinky interests, and sure, even something weird and niche like cooking tips. I appreciated having a space like Tribe, which didn’t relegate conversations about sexuality to some secret backroom, but let it be out in the open alongside other topics such as American Sign Language or feminist theory. It was a unique time on the internet, and I felt really free to be a multifaceted person, not ignoring any part of who I was, but embracing all of it, publicly and proudly.

This is when censorship began to make an impact on kink’s freedom of expression on social media. In 2005, Tribe implemented a new TOS in the wake of 2257 expanded regulations. 2257 requires website owners to have physical copies of records proving anyone depicted in “visual content” that could be deemed “sexually explicit” is over 18. Tribe also included an easily abused flagging system that allowed users to tag other people’s posts as “obscene” and gated the community so you could only view content if logged in. Many users left Tribe in droves, forging communities instead on social media sites like Tumblr, Google Groups, Facebook, and Twitter. Sites that were specific to alternative sexualities like Alt.com or Collarme/Collarspace had a momentary surge in popularity, but people missed having a space that at least had a marketplace of ideas next to the meat market.

Fetlife appeared in 2008 to fill the void and offer an attractive option – social media centered around kink. Initially, it was just another kink site, passed around by word of mouth, jokingly calling itself “Facebook for the kinky community”. But as websites like Craigslist, Tumblr, Blogger, and Instagram increasingly banned content to satisfy conservative banks and skittish website owners worried about legal ramifications, plus sites like Google and Facebook began enforcing “real name” policies that reduced the safety of anonymity, Fetlife became the best-known refuge for kinksters seeking community. Focusing more on discussions and events than on matchmaking, Fetlife soon had an effective monopoly on altsex social media; sex workers, BDSM practitioners, sex educators, and erotica writers were being banished from other social media networks if they didn’t play by ever-changing rules. Fetlife became a sanctuary of sorts.

One of the double-edged swords of anonymity is that the cloak that protects careful users from losing their job or their children for talking about being kinky online also protects people acting in bad faith. In the wake of Fetlife’s policy of not making criminal accusations against another in a public forum (which effectively prevented communities from communicating online about abusers), many people began to trickle back to more mainstream social media while figuring out where to go next. Then came FOSTA/SESTA, a pair of bills that made website publishers responsible for content on their platforms It caused many sites to push back even harder against content that could be deemed “adult” and a lot of content on these mainstream sites was again lost. Even so, the desire for community is stronger than the fear of censorship. Eenclaves of sex-positivity defiantly formed, even in the face of hostility on platforms like Facebook, using creative language to wriggle around being flagged.

“Social media exposed people to healthier and more realistic takes on kink so they weren’t just learning through an eroticized lens. “

Other folks moved instead to private groups such as Discord or Whatsapp, forming smaller communities with more potential accountability due to members controlling the moderation themselves. These groups can speak more freely (though are still at risk for censorship), but because you have to know someone to get an invite, they aren’t as accessible for the new kinkster.

Now, any of these options have their ups and downs. Cults of personality often form around popular content creators, with follower counts that can make them seem like more respected community leaders than they in fact are. Social media as a hub for kink community has in some ways created more possibilities for parasocial relationships, for con artists to act as if they put in the time in these spaces, and for abusers to avoid accountability. It’s a lot easier to dodge your past if you can just change your username – much harder in an in-person community!

Considering how hostile social media moderation is against discussions of alternative lifestyles, particularly those deemed sexual in nature, why do kinksters keep flocking online for connection and community? Why keep fighting for our freedom on these platforms? Why not just meet up in person, you might ask?

I also think social media increased access to these conversations (we could do without the vanilla shaming though!). This was especially apparent during the start of COVID-19, when the clubs and munches that were often a first port of call for curious kinksters closed. On social media, people were able to share experiences and explore around others like them from all over the world. As a person with disabilities, many spaces aren’t physically accessible for me, but with so many workshops online, I could participate in a way that was closed off to me before. I could find people who were interested in exactly my niche, which I couldn’t always find locally. Not only that, but people who were looking into kink for the first time could find nuanced conversations online that didn’t always feel welcome in the dungeons. Social media exposed people to healthier and more realistic takes on kink so they weren’t just learning through an eroticized lens.

Also, I believe social media has helped make it possible for marginalized people to be elevated to positions of leadership within altsex forums. I’ve been able to hear from so many more marginalized people thanks to social media than I ever saw at conventions, which often are inaccessible unless you have both social clout and financial security. I’m seeing that change more now that well-known speakers are stepping off their platforms to raise other, less known leaders up, and I believe social media has helped raise that awareness of disparity. It’s past time that conversations about representation happened within these spaces, and I think that conversations spurred by kinktok and Twitter have been a much-needed flame under the feet.

As the online and legal landscape shifts, from more conservative to less so and back, I think we will see the average kinkster finding their own way to ride the waves of censorship. We found each other back in the days of carefully worded newspaper ads and the hanky code – we found each other in AOL chat rooms – we found each other on Tiktok. The tiger is out of the cage, I suspect, and we will keep finding each other, over and over again. 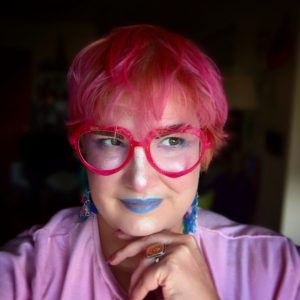 Kitty Stryker has been working on defining and cultivating consent culture for over 10 years through her writing, workshops, and website. She’s the editor of “Ask: Building Consent Culture“, and is especially interested in bringing conversations about consent out of the bedroom into everyday life. Kitty is currently working on a second book through Thorntree Press, “Ask Yourself: The Consent Culture Workbook”. She also works as a street medic for direct actions, plays Dungeons and Dragons, and cares for her two cats. Kitty identifies as a sex 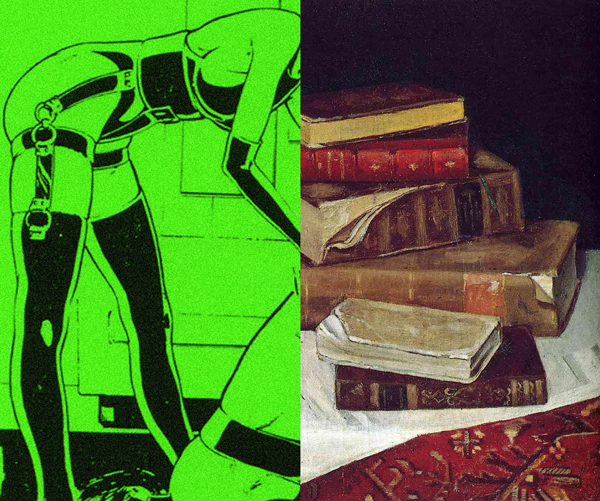 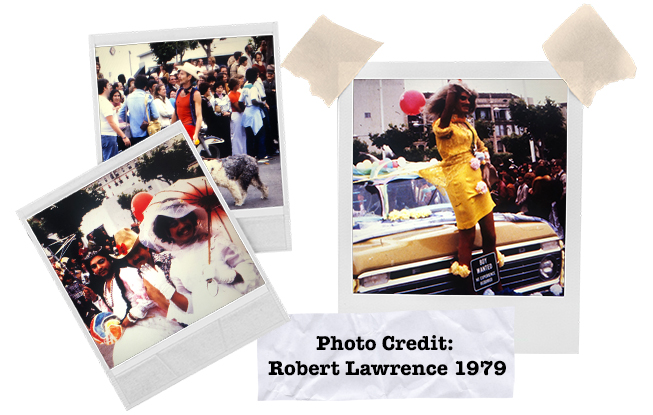 We stand firm in the belief that we must never lose sight of our queer and leather history and the ways in which they are so inextricably tied. More from Queen Cougar, B.C. Cliver, and Robert Laurence…

Dear Gen Z Tradwives: Have You Considered Kink Instead?

Tradwife vs. 1950s housewife domestic sub — they have fundamental differences, despite their apparent similarities. The growing popularity of the tradwife life among Gen Z raises the question: how many are drawn to this lifestyle simply because it resembles consensual kink?